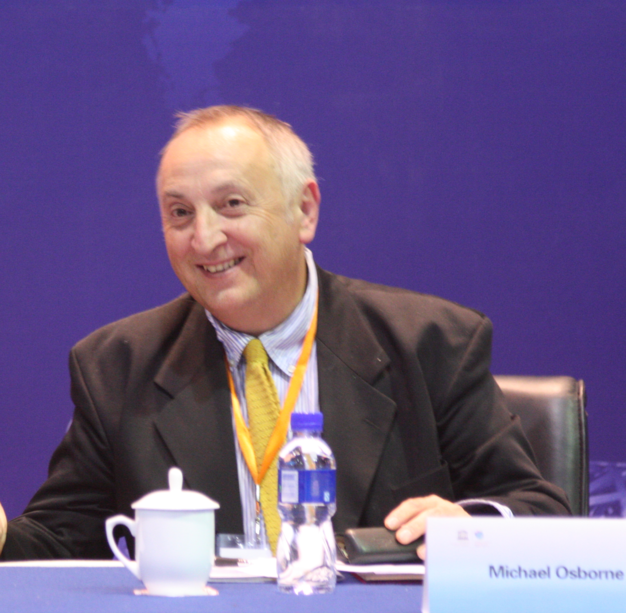 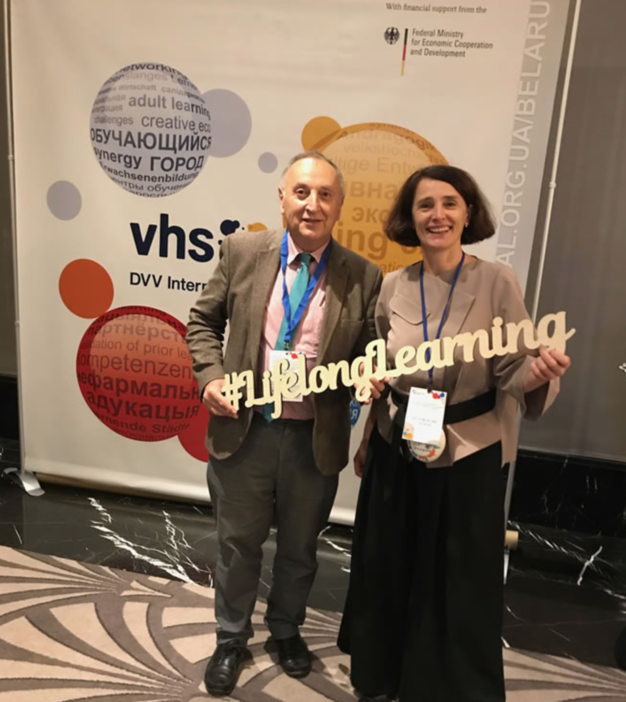 In 2020, DVV International became part of the PASCAL international network. Two international organizations will work closely in the development of Learning Cities starting this year

How long have you been studying the topic of learning cities, what led you to this topic? Why is this topic interesting to the University?

I have worked in this area for almost 20 years. My initial work in the field from 2002 onwards was at the University of Stirling and continued when I joined the University of Glasgow in 2008. The initial work was funded by the European Commission that developed and implemented suites of indicators to map the contribution of stakeholders, including HEIs, to the development of learning cities (the R3L Indicators and LILARA projects). Later EC funded projects created a repository of good practices in learning city development and developed existing audit tools translating and testing these in different sectors, including schools, adult education institutions, local authorities and universities (the Eurolocal project), and in R3L+ a 6 country comparative analysis of best practice tools to quality assure and improve learning networks.

In another major ESRC funded research centre, the Centre for Sustainable, Healthy, Learning Cities and Neighbourhoods, we are investigating in 14 cities in the global south the role of health and education in promoting sustainability at a local level.

There is a Global Network of Learning Cities (UNESCO). How is the Pascal network different from it?

The PASCAL Observatory has a longstanding history of facilitating the development of learning cities and regions, starting from the PASCAL European Network of Regions for Lifelong Learning (PENR3L) in 2006. The overall objective of PENR3L was to develop a dynamic and growing working network of expertise centres and forward-looking local and regional authorities that work together to proliferate the growth throughout Europe of learning cities and regions, ready to meet the challenges of the 21st century.

In 2010, PASCAL created PASCAL International Exchanges to broker and support exchange, on a bilateral or multilateral basis, between local, community and city agencies and organisations in different parts of the world. Its focus was on connecting those with specific missions, including neighbourhood learning centres, libraries, and cultural and heritage institutes, that make a distinctive contribution to lifelong learning and building innovative learning communities that promote the well-being and quality of life of all citizens.

Then in 2014 PIE morphed into the PASCAL Learning Cities Network, interactive policy-oriented groups of stakeholders within cities, sharing ideas and experience directed at innovative responses to the big issues confronting cities.   LCN built on insights and lessons derived from PIE. PASCAL works closely with UNESCO and its Global Learning Cities Network. The difference is that LCN is smaller in scale and does not require the formal mechanisms of UNESCO National Commissions in order to join. It allows regions, cities, towns and organisations to join rather than only cities. Both PIE and LCN have always focused on networking and exchange of practice, something that the GLCN is now adopting. Membership of GLCN and PASCAL’s LCN is complementary.

How many cities, organizations and individuals are part of the network?

There are currently 19 towns, cities and regions, and 24 other organisations who are members. In total there are 68 active contributors to LCN. These include a core PASCAL support team and at least two key contacts from each member.

Over and above this there are over 2000 subscribers to PASCAL as a whole and they see all the postings that are made in LCN. Anyone can become a subscriber to PASCAL and if they do that, they receive a weekly newsletter, can profile themselves and can post news stories.

Why do we need learning cities? Is there any direct connection between the fact that the city becomes a learner and the solution to any specific urban problems?

Learning cities and regions are places that have recognised that multiple players have a role in promoting and facilitating learning that develops the social and economic wellbeing of the locality. The concept can refer to a region, city, urban or rural area, regardless of whether its identity is defined in administrative, cultural, geographical, physical or political terms.

Learning cities are about lifelong and lifewide learning, and as such embrace learning across the lifespan, and encompass a range of knowledge and skills going beyond basic literacy and numeracy. They provide an underlying environment or infrastructure that facilitates the flow of knowledge and ideas between and within organisations and communities. Cities and regions themselves as well as their stakeholders need to commit to learning across their organisational structures.

The Learning city idea is important because it provides a framework in which services can be enhanced by developing links between formal, non-formal and informal education, between government departments at local, regional and national level and between non-governmental agencies and social partners. Thus knowledge resources are used optimally, and contribute both to social and economic development in all those areas for which cities have responsibilities

How can organizations and cities join the Pascal network?

Towns, cities and regions, and organisations simply contact PASCAL indicating their interest by emailing using the ‘Contact Us’ link at http://pascalobservatory.org/pascalnow We will then ask for some details of the potential member, and a profile of two key contacts. We are interested in places that are already learning cities, and importantly those who are aspiring to do so. We ask these places to join one of the thematic sub-networks of LCN, and put them in touch with the co-ordinator so that they can begin their exchanges with other cities.

The urban village of Korma from Belarus joined the Pascal Learning Cities Network. What specific advantages and opportunities will they have?

Most initiatives tend to focus on large cities and regions, and there is a danger that smaller places get left behind. In LCN we have a network that is concerned with regional and rural issues and links between the urban and rural. This is a major concern in Australia where that network is based, but it wants to reach our to smaller communities around the world such as Korma, which has its very particular environmental and economic challenges. So we hope that Korma, although it has particular issues to deal with, will learn from places of similar scale and geography in other parts of the work.

What do you recommend network members to make the most of the opportunities that have arisen?

Members can benefit most by deciding which particular area of learning city development they want to focus on amongst the various sub-themes. By joining a sub-network they immediately can begin to engage with other members and exchange good practices.

We will also invite them to present their work on the PASCAL website and in webinars that we are arranging with UNESCO from June 2020 onwards. Or they may simply wish to listen to these webinars and make comments. When the COVID-19 crisis is over we will be inviting them to join us at our regular conferences where we can meet face to face. The next of these is in Tampere, Finland in June 2021.

PASCAL signed a cooperation agreement with DVV this year. Why are you interested in collaborating with DVV International?

DVVI has already shown its commitment to the development of learning cities as I have observed in visits that I have made to Moldova and Belarus. Previously PASCAL has had some connections in Eastern Europe and Eurasia, but we think that DVVI with its greater on the ground presence would be a perfect partner to work with. Of course we also are happy to work with other parts of the world where DVVI has a presence.

Do you live in a learning city? And, if so, what benefits do you use?

I do not live in a Learning City, but I work in one, the city of Glasgow, which declared itself to be a learning city in 1999. It has a very strong formal learning infrastructure and there is also provision of many informal learning opportunities in the community. Through Glasgow Life, its agency that oversees its cultural assets, it provides substantial learning opportunities in its museums and galleries. Glasgow Life is a member of LCN and the city is part of GLCN.