Discussion about education in Ukraine is usually associated with issues of schools and universities. However, nowadays the importance of lifelong learning is growing rapidly. In the times of great social and economic challenges, people always require new knowledge and skills to successfully adapt and develop. 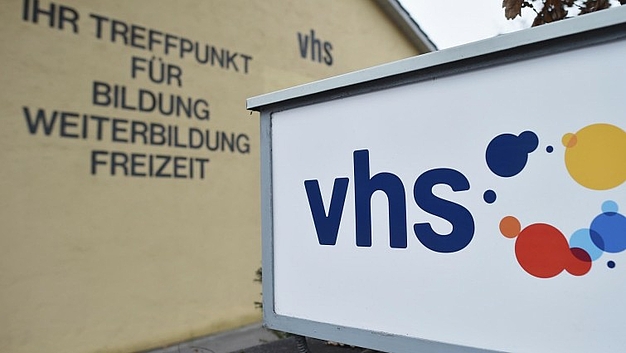 Discussion about education in Ukraine is usually associated with issues of schools and universities. However, nowadays the importance of lifelong learning is growing rapidly. In the times of great social and economic challenges, people always require new knowledge and skills to successfully adapt and develop. Learning of German experience in adult education development can show us in Ukraine the ways of how the adult education system could be organized and function.

The first Volkshochschulen began to emerge in the 19th century, during the industrialization era and modernization process in the society. Such educational platforms originally arose on a volunteer basis and were a reaction to the rapid social changes that required adaptation to professional qualifications, and on the other hand, they tried to mitigate the social upheavals caused by industrialization through efforts oriented towards the public good.

If we look into the history of Ukraine, we will see that the activities of “Prosvita” organization, which begins its history in the late 19th century in parts of western Ukraine, often performed a similar function.

The positive effect of adult education for society was so evident that the Constitution of 1919 declared the development of adult education as a mandatory task for the state, federal lands and municipalities, especially emphasizing the role of Volkshochschulen.

Researchers note the important role of Volkshochschulen in the denationalization of German society and the process of unification of Germany in 1989, emphasizing the importance of not only raising the professional skills of adults but also of civic education.

Former German President Joachim Gauk emphasized that the central function of the Volkshochschulen is to be "community schools" and "workshops of democracy" that play a prominent and leading role both in times of deep social upheaval and in adapting to economic and technological changes.

In recent years, Volkshochschulen in Germany has become an integral part of the process of integrating refugees and migrants into a new life in Germany

Today, the Volkshochschulen network is the largest provider of educational services in Germany for all generations, with over 900 of them all over the country

The Volkshochschulen are united into an association that works under the motto "Education for Everyone - in All Spheres of Life". About 6.5 million people from all over the country visit various courses and pieces of training every year. The status of Volkshochschulen is legally enshrined and they receive funding from municipalities, federal land and the state budget. Usually at the expense of these funds is covered about 40% of the budget, another 40% of the proceeds are paid by students (usually prices are much lower than on the market), the rest of the European grants, federal targeted programs.

For example, Volkshochschule in Koblenz is one of the first in the country and is medium in size according to German standards. Each year, it trains 18,000 students, who are offered a choice of 1200 courses in a variety of topics, among which the most popular are the languages, health, and culture. For conducting courses not only the premises of Volkshochschulen but also schools, libraries, sports halls, theatres, workshops, hospitals and other partner sites are used.

Most courses are conducted by freelance trainers. You do not necessarily need to have a formal andragogic degree to start teaching, but you need to prove your professionalism in the chosen topic

Students receive diplomas after successful completion of the course, but there are programs with no certificates issued.

Thus, Volkshochschulen have played and play an important role in the sustainable development of society, starting with the turmoil of industrialization in the 19th century, the consequences of the First and Second World Wars, the unification of Germany, and even today in the adaptation of refugees.

Today, Volkshochschulen are one of the main components of municipal services for citizens, which, thanks to their flexibility and pluralism, can respond quickly to acute social problems and assist the community in development.

Since 1969 the German Adult Education Association (DVV) has founded the Institute of International Cooperation - DVV International, which operates in more than 40 countries, including Ukraine.