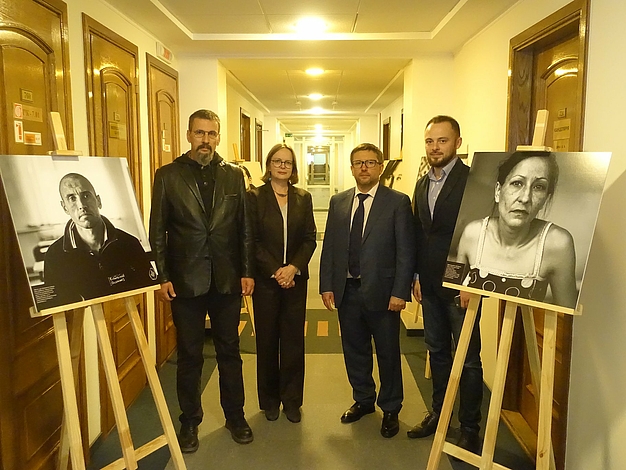 As many as 56000 people serve their sentences in prisons or are placed in pretrial detention centers in Ukraine.

These people are entitled to education and training, to work, and to receive payment for their work. Only the reality is different: just a few of them can get an education and choose a field of activity while they are serving a sentence.

Сharitable organisations FREE ZONE and Light of Hope visited several correctional facilities in Poltava and Chernihiv regions of Ukraine where 20 prisoners, both men and women, told why they needed education, whom they would like to become and why it was crucial for them.

Portraits of convicts' photo exhibition "Education is the Way Home" that also included their stories was presented on October 4, 2018, in the Verkhovna Rada of Ukraine (Ukrainian Parliament) and afterwards toured the regions of Ukraine.

"To guarantee a person the right to education is in the fundamental interests of every state. Prisoners are part of society. When they are released, they must integrate"

"That is why it is essential for them to prepare for this to understand the existing world, which might have changed in the years they spent in prison.

They must find their place in this world and ensure that their lives in such a way that it does not become the way back to prison,” says Bettina Brand, the Regional Director of DVV International in Ukraine, Belarus, Moldova.

Now in Ukraine, a draft law is being drafted, which should make changes to the Penal Code regarding the education of people in penitentiary institutions.

TheprojectisimplementedbyCOFREEZONE andCOLightofHopein partnership with DVVInternationalUkrainewithinthe framework of activities of the International Network of Penitentiary Education in the Eastern Partnership and Central Asia with financial support from the Federal Foreign Office.