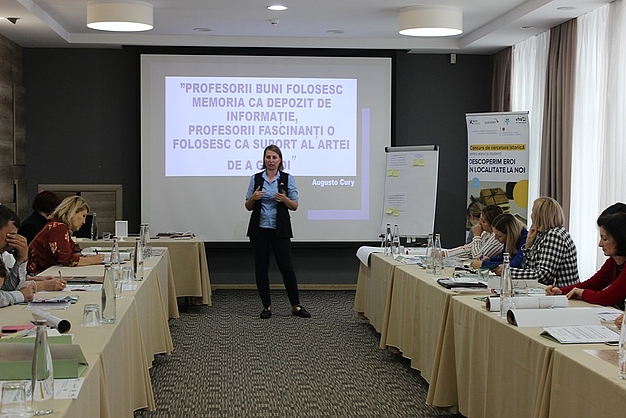 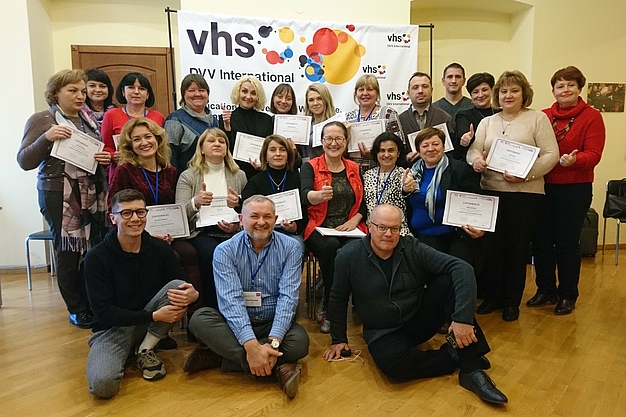 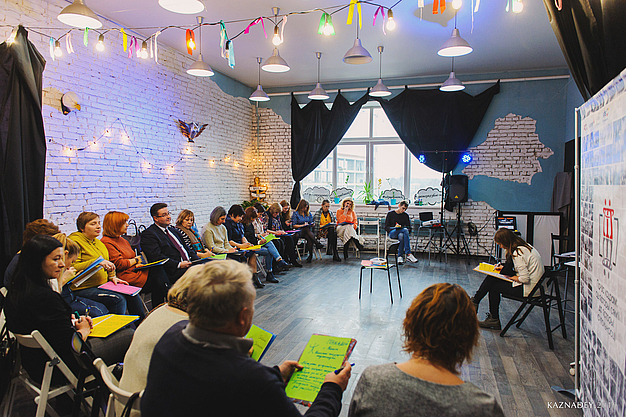 History is one of the most difficult topics in Eastern Europe. Talks about historical past can still provoke debates and conflicts among various social, ethnic or religious groups. These conflicts usually arise around attempts to mark some histories as true and another as false. Pretty frequently such disputes end up in international conflicts or help strengthen political regimes that use history for social mobilization.

Young states juxtapose “true history” against “false history” in their pursuit of legitimacy. This could easily be seen from the way national histories are taught at schools: only one answer is correct, only one version of the past is true.

According to the one participant of “History Competitions II”: “History at school aims at educating patriots, but patriots in the Soviet sense – blindly loyal to the state, who doesn't think.”

Instead of this “correct history” with one answer possible, the “History Competitions II” project is advocating for multi-perspective past. Only when rooted in different perspectives the history education could contribute to the development of critical thinking among youngsters, let alone their teachers.

That is why the project team in each country chose such historical topics and approaches that will help understand how to apply multi-perspectivity in history teaching: work with photos from family archives in Belarus, migration problems in Georgia, what makes up a “hero” in Moldova, the Soviet heritage in Ukraine.

In 2019 the project invited prominent academics and educators to teach the teachers. In the framework of educational workshops, they discussed contemporary approaches to historical sources, especially oral testimonies, archives and ego-documents, they also get a chance to look behind the scene of history-textbook to learn how historical narratives are constructed.

Three 2-day workshops were organized in Minsk and Vitebsk by NGO Historica and DVV International Belarus. The workshops were conducted by prominent experts in the field of oral history and photography, and potential tutors get a chance not only to listen to them but also to conduct interviews themselves, analyze photographs etc.

“It is quite unusual that future participants were invited to take part in such workshops at the beginning of research work, - one of the participants said, - because usually we are just sent rules of the competitions by email and nothing else happens. To my mind that says that the competition team intends to do all things necessary to ensure high quality of competition entries.”

Georgian team conducted 5 workshops for potential tutors in different regions of the country – in Tbilisi, Kutaisi, as well as in Samegrelo-Svaneti and Kakheti regions. That helped involve different ethnic minorities into the project.

The competitions are dedicated to migration and workshops not only discussed general topics such as methods of history-research but also covered problems of ethnic migration processes in Georgia and taught the participants how to use oral history, family artefacts and archival sources for researching migration.

“The training contributed to a better understanding of migration processes, it destructed my stereotypes and gave me a lot of food for thoughts. I have already told my students about the competitions and soon we will start working on the topic of emigration of Soviet Jews from our hometown Kutaisi to Israel before 1970s.” – one of the tutors said.

Discovering local heroes – the topic of the competition in Moldova – has very positive response among teachers and students. This year the project team introduced a new option for competitions entries – short documentary/film. Consequently, the workshops conducted by DVV International Moldova and teachers’ association ANTIM focused on fostering IT skills of potential tutors: how to do researches on the Internet, how to create posters virtually, how to cut/edit a film on the computer, etc. Workshops were held in Romanian and Russian languages.

“I have discovered that historical research has its own interesting and unexpected sides, - said one of the participants enthusiastically. - During the workshop, I studied in great detail history methods and looked at history from an absolutely different perspective.”

The project team in Ukraine conducted four 2-day workshops in Kyiv for more than 70 potential tutors – mainly history teachers from all regions of Ukraine. Provoking topic of the competition – Soviet Past and its heritage – attracted a lot of motivated applicants.

The workshops consisted of 2 main parts: theoretical (lectures and discussions with invited academicians about research methods and Soviet history) and practical one. Participants were split into small groups and assigned to conduct some sort of a field-work exploring the Soviet objects in Kyiv – Lenin monument, Soviet Radio, Friendship of Peoples Arc etc. They were supposed to find out what these monuments symbolize and what role they play in the cityscape and everyday practices of city folk. Above all – the fieldwork aimed to teach the potential tutors how to organize student team, distribute the tasks and choose the best way to present their findings.

“This workshop helped me understand what to do with my students. Without it we would probably end up writing a simple summary” – one of the teachers said. “We have learnt how to turn our findings into a narrative” – reflected another participant.

Teachers are expecting to tutor the research of their students – both individual and collective. In each country, a Jury Board consisting of well-known historians, journalists, photographers and public intellectuals has been established. Submission and evaluation of student entries will take place in 2020.