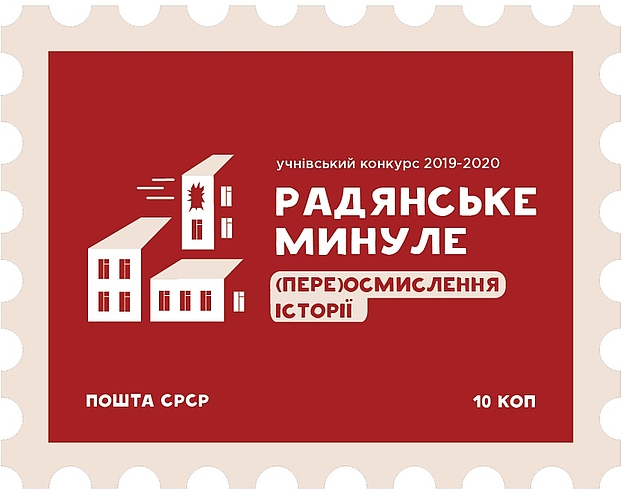 Having started in September 2019, the competition has engaged more than 1,500 young people aged between 14 and 18. Youngsters teamed up into research groups under the guidance of teachers-tutors to conduct local studies of the Ukrainian Soviet past.

Teams submitted entries in arbitrary format – an essay or a comic book, an online quest, or an exhibition - which was accompanied by a research diary reflecting students' teamwork.

The evaluation took place in two stages.At first, the team of professional educators from All-Ukrainian Teachers Association “Nova Doba” Liudmyla Makhum and Ella Sytnykselected 36 entries out of 292. At this first level, Jury assessed not only the scientific and pedagogical merits of entries but also did an enormous work of plagiarism analysis.

At the second stage of evaluation, 36 best entries had been reviewed and rated.Jury Members for the second level, world-renowned professional historians, have carefully analyzed selected entries and distributed them among three prize places.In the end, Jury marked 21 more works as having great potential and deserving encouragement.

The competition results and winner entries are available on the official website of the project: http://competition.novadoba.org.ua/

By selecting specific historical subjects (from Soviet New Year toys and youth fashion to forced migrations and portraits of Holodomor executors at grass-root level), the contestants have not only carried out wonderful mini-studies based on historiography and a variety of sources. They have also tried to draw some broader conclusions from these studies about Ukrainian history and its contemporary perception. And, even more, they have presented their findings in desirable formats, popularizing them among their peers.

Another member of the Jury Board, memory studies scholar, Georgiy Kasianov reflects on how competition contributed to changing of public attitudes toward the Soviet period:

Rethinking the Soviet period is extremely important because of the growing presence of ideology and politics in national memory over the recent years. So, it's crucial that students and teachers have had this opportunity to look at the complex, contradictory period of their own country's history from the perspective of everyday history, biographies, from the perspective of their small community. Equally important, the project makes it possible not to reject the experience of the past because of ideological prejudices or political circumstances, but endorse the Soviet period as part of our own history.

Influence of ideology and prejudices on some entries also notices doctor Yaroslav Hrytsak:

In some entries, you can easily spot teachers and ideologues influence behind the text. Some texts sound very soviet-like as if they were written by pioneer leaders, only not communists, but nationalist ones. There is a lot of pathos and artificiality that children do not have, but in which children are bringing up. Students and teachers should determine to develop a taste for history: history is a very vivid discipline, pathos and banalities are alien to it. When there is a lot of pathos – this is no longer history but rather an ideological product.

But in spite of this, as Tetiana Sebta, a WWII researcher, emphasizes, the competition engaged school youth into real history studies:

These students have their whole life ahead. The main thing is that they have conducted their research with genuine interest, truly empathizing with their characters. The competition, as several participants put it in their entries, has not only enriched their knowledge of certain historical periods but also changed their views of history. Thanks to the competition, a completely different world has opened up to them, which teaches them, encourages them to think, analyze, and empathize. And that is definitely the best result.

Summing up, Oksana Kis, an expert in gender history, acclaims that

Having rooted their studies into local dimensions of Soviet-ness – in history of their cities, communities, villages, and schools – the students have become able to experience the past that they have not seen before, experience it as their own history, as something directly relevant to them through the stories of their relatives and neighbors. In this way, the past ceases to be something distant and abstract – It acquires particular human features, and thus could 'speak' to everyone. Not only did the students carry out research, expanding their own knowledge, but also present their findings in their own communities. This is another valuable feature of this project – It helped to restore dialogue and understanding between generations that had artificially been broken in the Soviet time. To me, this competition is not so much about history as it is about knowing oneself through history studies.

Due to the pandemic restrictions, the project team will hold an Award Ceremony in September 2020 in Kyiv. You can follow the updates on the Facebook page SovietPastCompetition or on the official site www.competition.novadoba.org.ua

“Soviet past: rethinking the history” is part of the International project “History Competitions in Belarus, Georgia, Moldova and Ukraine II”, which is implemented by DVV International Ukraine and All-Ukrainian association “Nova Doba” with support from the Federal Foreign Office of Germany.